For You and Me 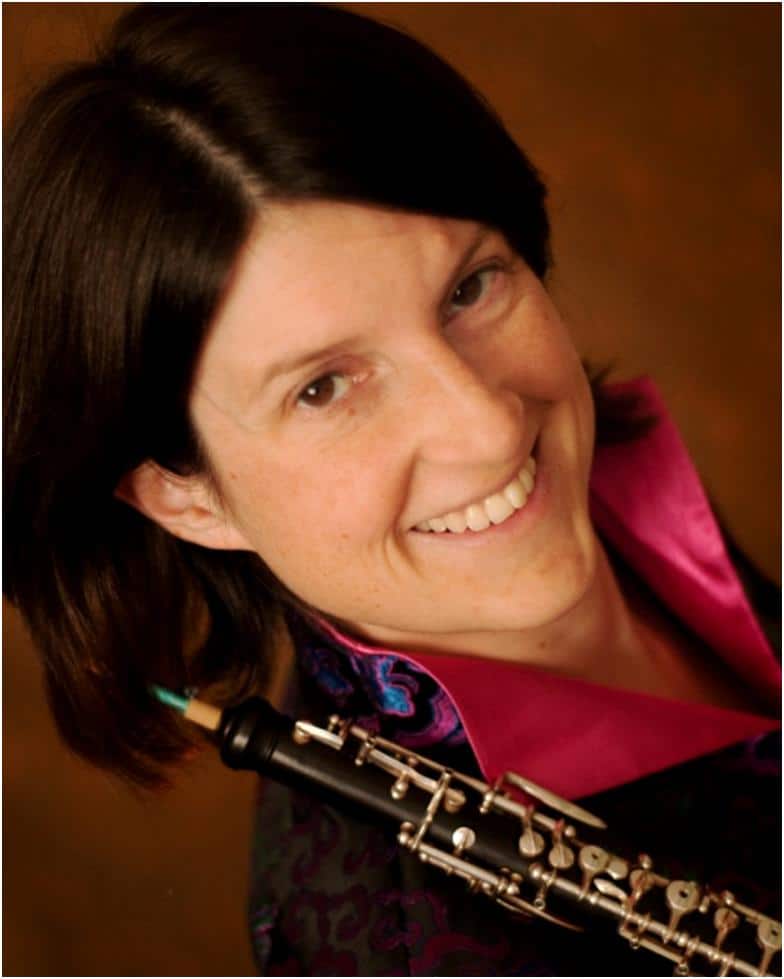 Internationally known oboist and recording artist, Jennet Ingle, will present a program titled “For You and Me” featuring American composers Susan Kander, Alyssa Morris, William Grant Still, Eric Ewazen, and George Gershwin.   The concert will take place on Saturday afternoon, November 18, 3:00 p.m. at First Presbyterian Church, 121 W. 9th Street, Michigan City, IN, and admission is free!  The program will be a reflection on our immigrants, and the pride we all take living in a nation filled with diversity.  Pianist Siwon Kim will assist on piano.

As Principal Oboist of the South Bend Symphony Orchestra since 2006, Ms. Ingle also holds that position with the Northwest Indiana Symphony. She teaches at Valparaiso University and privately.  She is a member South Bend Symphony Wind Quintet along with presenting frequent concerts and educational concerts throughout the community.

Her first CD, Music That SHOULD Have Been Written for the Oboe, was released in December of 2016.  It is available at Amazon, iTunes, CDBaby, and jennetingle.com.

Jennet Ingle loves the oboe. She has built an active career around performing, teaching, making reeds for, and writing about it, and believes deeply that everyone else loves it, too.  Perhaps they just don’t know it yet. Jennet’s passion for performance and outreach led her in 2013 to create Musicians for Michiana, a chamber music series dedicated to connecting musicians and audiences with local non-profit organizations to the benefit of all.

All professional oboists make their own reeds, but Jennet has taken this task to new levels. As the owner and operator of Jennet Ingle Reeds, she makes and sells over a hundred fifty handmade reeds every month to oboists all over the country.  For the past four summers, she has run an Oboe Reed Boot Camp to teach the craft to others, and last year began a series of monthly Reeding Circles, in which reedmakers of various abilities can come together to learn new tricks and techniques from each other as they work socially.

In her spare time, Jennet pours her energy into Prone Oboe, a blog about her active life and a behind-the-scenes look at the process of learning, teaching, and performing music at a high level.

Jennet is a graduate of the Eastman School of Music, where she studied with Richard Killmer. She can be found on the web at www.jennetingle.com.

Siwon Kim was born in Seoul, South Korea and began studying piano when she was four years old.  She entered the Sunhwa Arts School at the top of her class and maintained that distinction in the Seoul Arts High School and in Seoul National University, as well.  Ms. Kim has performed with orchestras such as The Gunpo Prime Philharmonic Orchestra and, most recently, the South Bend Symphony Orchestra conducted by Maestro Tsung Yeh at the Morris Performing Arts Center (2014.  She obtained a B.A. at Seoul National University in Korea in 2012 while studying with Prof. Hyoung-Joon Chang and Sekyung Park. After she graduated, she went on to obtain her Artist Diploma at IU South Bend with Maestro Alexander Toradze (2014) and pursued her Master of Music degree with him as a part of Toradze Piano Studio in the Ernestine M. Raclin School of the Arts at IU South Bend.