The Michigan City Chamber Music Festival (MCCMF) announces “Mini-Fest, 2022!”  “Mini-Fest” is a series of 3 concerts in October.  “Wooden Boxes & Pipes,” a concert for children on October 15; “Americana” with Robert Auler & Nic Orbovich on October 22; and “The Romantic Violin” with Kunito Nishitani & Rudolf Haken on October 30.  Complete concert details can be found at www.mccmf.org or visit us on Facebook at MC Chamber Fest.

The Michigan City Chamber Music Festival (MCCMF) and Paladin, Inc. are delighted to present a Concert for Children titled “Wooden Boxes and Pipes!”  The concert is the inaugural event of a new collaboration between the two organizations.

The performance will be a fun and interactive showcase for children of all ages.  It will demonstrate the sounds and ranges of stringed and woodwind instruments.  The performers and presenters will be Sunny Gardner Orbovich; Nic Orbovich, violin/viola; Jennet Ingle, oboe/English horn; and Mariah Boucher, piano.

“Americana” is on October 22 at 7:00 p.m. at 1st Presbyterian Church in Michigan City, IN, and features Robert Auler, piano; and Nic Orbovich, violin.  The concert is a lovely and light mixture of American styled themes and styles.  The repertoire will include music of Antonin Dvorak, John Williams, George Gershwin, and more, and will represent styles of the Americas including jazz, tango, and more!

The third and final concert of the series, “The Romantic Violin,” is a wild, virtuosic showcase featuring two of the world’s great string players, Rudolf Haken and Kunito Nishitani.  The concert is on October 30 at 3:00 p.m. at 1st Presbyterian Church, Michigan City, IN, and will feature French, German, and gypsy violin stylings.

Sunny Gardner-Orbovich – Sunny enjoys a growing reputation as one of Northwest Indiana’s most respected artistic pedagogues for children.  She has developed a unique general curriculum of arts education which includes cultural diversity, world and natural history, folk idioms and ideas and disciplines from the most current educational research minds.

“Mrs. G.O.” (as she is affectionately called by her students) was an Art Teacher in the Michigan City Area Schools Systems for 20 years.  Her artistic and musical experience, however, go far beyond the conventional limitations of public schools.

Sunny is also a respected and award winning painter, muralist and musician (viola and soprano).  She graduated from Wichita University with honors in painting.  Ms. Gardner-Orbovich also holds a certificate of education from Indiana University, Bloomington and a Masters of Arts Education from Indiana Wesleyan University.  She has studied voice with the acclaimed Sonia Rasmussen at IU-Bloomington and acquired 6 years of Suzuki string method experience while residing there.

As a performer, Nic has been honored widely.  In 1987, he was awarded the Bronze Medal at Her Royal Majesty’s International Festival Competition in Aberdeen, Scotland (UK).  Orbovich was also a semi-finalist at the 1995 Fischoff National Chamber Music Competition as a member of the Amherst String Quartet.  In 2001, he was featured as a soloist on the Grammy Award nominated release, “The Hot Springs Music Festival:  Louis Moreau Gottschalk” (Naxos).  That same year, Nic was a prominent figure in the Emmy Award winning documentary, “The Sound of Dreams.”  In 2008, Nic was concertmaster on a “Top Ten of the Year” selection of Gramophone Magazine, “Rudolf Haken; Concertos” (Naxos).  He has soloed with numerous orchestras around the country, having performed concertos and brilliante works by Wieniawski, Vieuxtemps, Sarasate, J.S. Bach, Beethoven, and Vivaldi

Jennet Ingle loves the oboe. She has built an active career around performing, teaching, making reeds for and writing about it, and believes deeply that everyone else loves it, too. Perhaps they just don’t know it yet. Jennet Ingle has been Principal Oboist of the South Bend Symphony Orchestra since 2006. She is a soloist at heart, joyfully taking over any stage that will have her. Her lifelong interest in new music led to a recent commissioning project – Dreams and Visions (Searching the Shadows) by Marjorie Rusche is a triptych based on cards from the Tarot deck. In March 2007, she was honored to perform the world premiere of Doug Lofstrom’s Oboe Concertino, a work commissioned for her by the New Philharmonic Orchestra and the College of DuPage. In 2020, the most isolating year of our lifetimes, Jennet worked to build community for oboists.  Her signature group program, the Invincible Oboist, demystifies instrumental skills and helps oboists to get past the STRUGGLE to find ease in their playing.  She created a Reed Club that meets every Monday for social connection and to discuss details of the reedmaking process.  She started a group program for reedmaking beginners, as well – Zero to Reedmaker – which teaches the process through a series of group classes and accountability.  www.jennetingle.com

Described as “unique and riveting” by Harmonie magazine, American pianist Mariah Boucher has distinguished herself as a leading collaborator, specializing in chamber music and vocal coaching. Active as a chamber musician and piano soloist, Mariah has performed in venues across the United States, including the Aspen Music Festival, Bay View Music Festival, Detroit Institute of the Arts, and West Michigan Symphony Series. Mariah is a strong proponent of new music. She has worked closely with contemporary composers, including Gabriela Lena Frank, Pierre Jalbert, Evan Chambers, Michael Daugherty, Roger Zare, and Logan Skelton. Mariah has also worked with the Kresge Literary Fellow Terry Blackhawk, presenting her poetry with newly commissioned music at the Art X Festival, as well as poets Marsha Music and Justin Rogers. She is also a founding member of the Protea Trio, focusing on works that blend Latin, jazz, vocal, and contemporary influences. Protea debuted to critical acclaim in 2013 at Trinosophes, where they were described by the Detroit Metro Times “a new trio of top-drawer musicians”.

Auler is the 2016 winner of SUNY Oswego’s President’s Award for Scholarly and Creative Activity.  www.robauler.com

Kunito Nishitani, violinist & conductor, has served on the faculties of New York University, Portland State University, Rose City Music Academy, Ikebukuro Community College, and Kunito International Violin and Viola School. In 2014 Mr. Nishitani established two orchestras in Tokyo: Shakuji International Orchestra and Kunito International Youth Orchestra, and serves as music director and conductor of both. Additionally he has conducted the Orchestra Emile, the PSU Symphony Orchestra, Suginami Baroque Ensemble, and the Lewis and Clark College Orchestra. He also assisted with the Portland Youth Philharmonic and the Metropolitan Youth Symphony as a string instructor. In 2012 and 2013, he was invited as a guest conductor for the Kanto Plain Honor Orchestra.

Nishitani has served as concertmaster in the US and Japan, appearing as a soloist in both countries with concertos of Mendelssohn, Tchaikovsky, Bruch, Glazunov, Lalo and Khachaturian. Nishitani is an adjudicator of Japan Classical Music Competition. In 2016, 2017, 2019, 2020,2021,2022 he received an award for excellence in instruction from Japan Classical Music Society (Japan Classical Music Competition) for 6 times. In 202, he also recieved an award for “Special Prize the best teacher” from “Tokyo Stars” organized by Russian Competition. He received high praise for the Japan-US: 150 years of friendship celebration concert sponsored by the Consulate General of Japan in Portland, Oregon.

Rudolf Haken is a composer and violist internationally renowned for his creative melding of disparate musical styles and genres. He is particularly known for his work with extended-range violas, appearing in concert on four continents with his Rivinus five-string viola and Jensen six-string electric viola.

Performances of his compositions, including numerous commissioned works, have met with great success both in live performance and recordings. In September 2012, violinist Rachel Barton Pine premiered Rudolf Haken’s solo violin work Faust at Chicago’s Beethoven Festival. Pine had commissioned this work from Haken as part of an effort to bring heavy metal influence into solo acoustic violin music. In April 2011, Haken’s Violin Concerto for Stefan Milenkovich was premiered at the NOMUS Festival (Novi Sad, Serbia) and at Kolarac Hall in Belgrade. A Centaur CD of concertos composed by Rudolf Haken was chosen as a 2007 “Critics’ Choice” by American Record Guide. In 2004, WTTW-Chicago produced a video featuring Haken performing his transcriptions of Van Halen and Metallica on a Jensen five-string electric viola. This video was shown frequently in passenger areas at O’Hare and Midway airports in Chicago.

All the concerts are free!  A free will offering will be taken, and receptions will follow the concerts on 10/22 & 10/30.  See www.mccmf.org, MC Chamber Fest on Facebook, or on YouTube at Michigan City Chamber Music Festival. 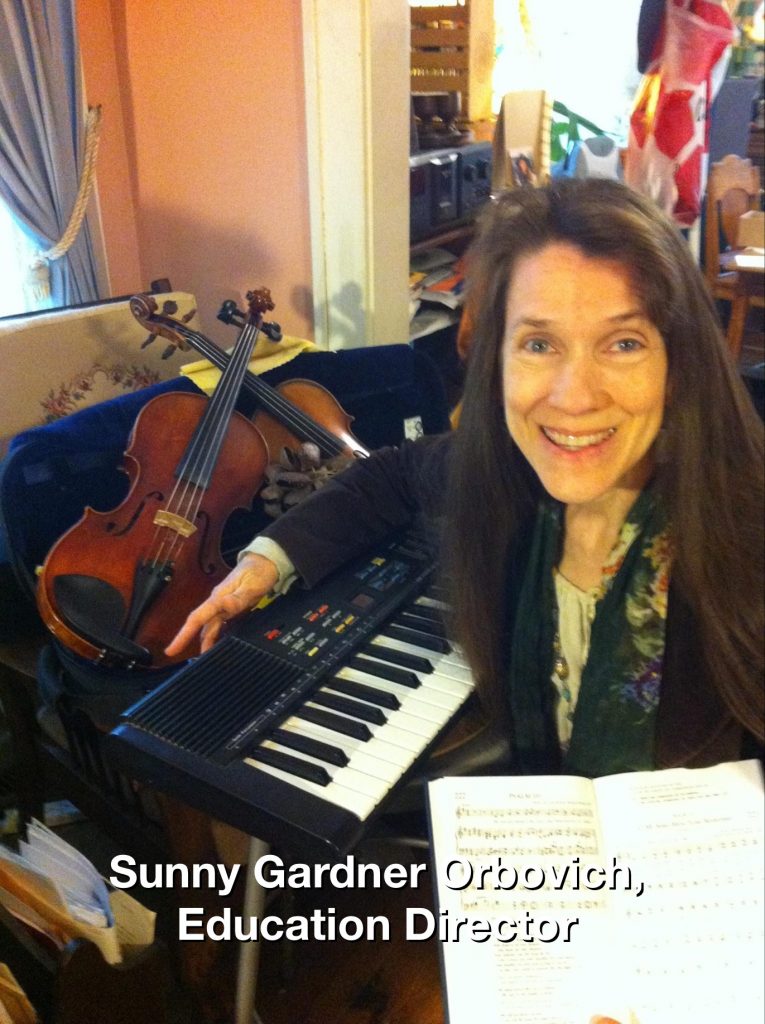 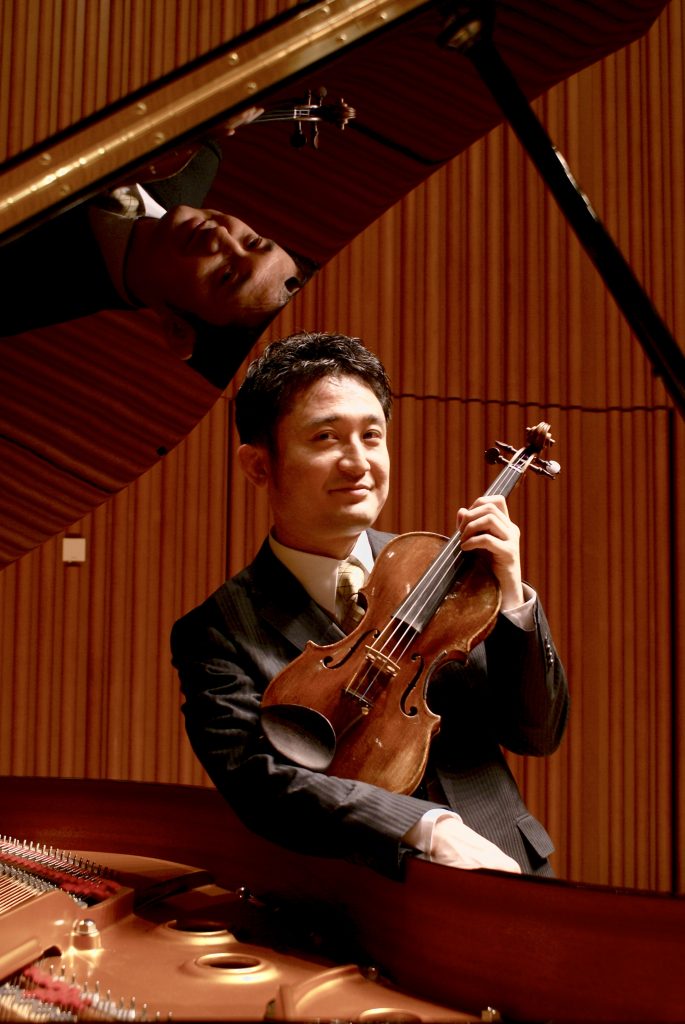 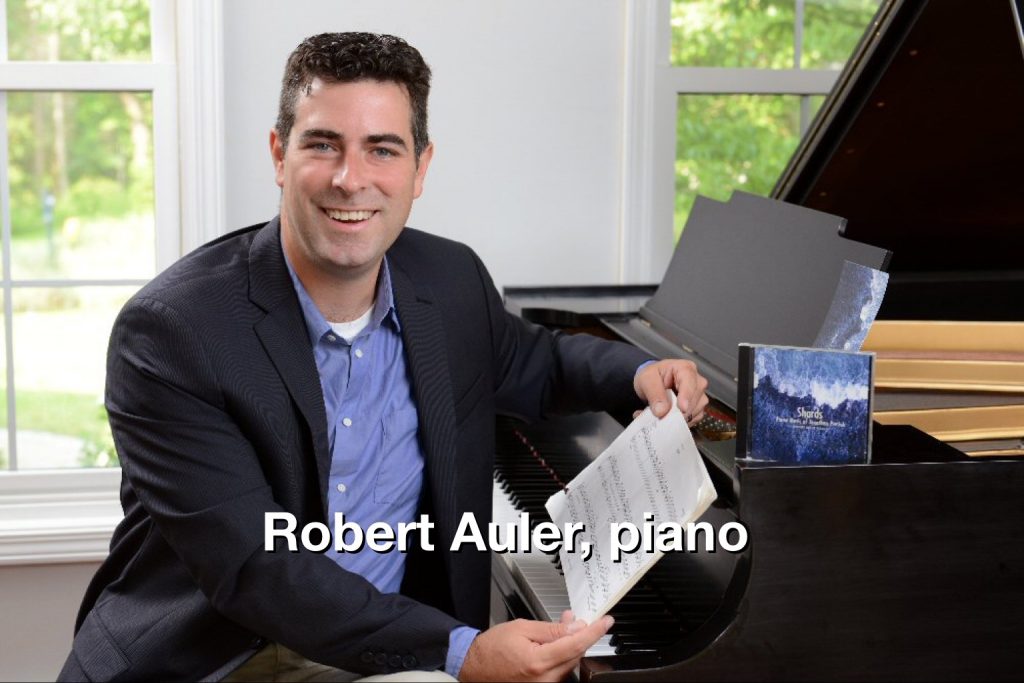 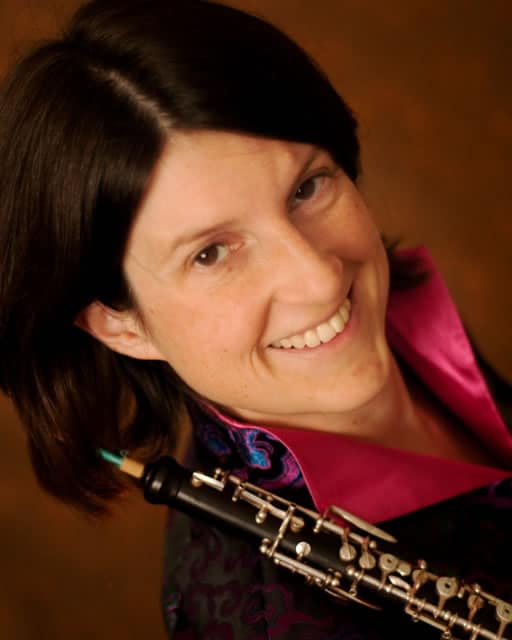