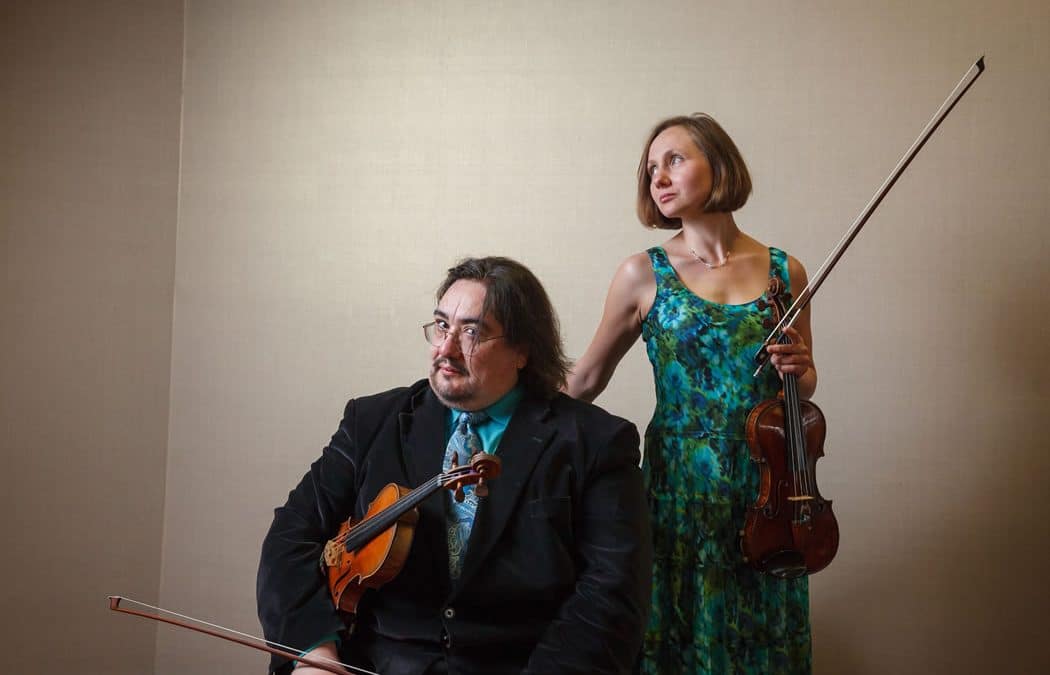 The Michigan City Chamber Music Festival (MCCMF) is proud to announce another “Mother’s Day” concert!  The event will be at 3:00 p.m., May 8, at St. Mary’s Catholic Church, 411 W. 11th Street, Michigan City, IN.  The concert is specifically designed to be enjoyed by families, including children of all ages!  The program will even feature a sing-along for children and adults, including “Twinkle Twinkle, Little Star,” “Go Tell Aunt Rhody,” and “Long, Long, Ago.”  The program will also include music about mothers, flowers, and enjoyable virtuosic violin pieces!  The performers will be “Fiddlers Two,” the MCCMF’S long-standing and critically acclaimed violin duo, Zosia Glashauser and Nic Orbovich.

Ms. Glashauser is well known to area audiences.  Her stunning performances of virtuosic works of Paganini, Wieniawski, Prokofiev, and many other works, here in Michigan City have thrilled concert goers for years!  She is currently a violinist with the Knoxville Symphony Orchestra.

Nic is also a Michigan City favorite!  Aside from his duties as Artistic Director/violinist of the Michigan City Chamber Music Festival, he currently holds the “Irene M. Siberell” Principal Second Violin chair with the South Bend Symphony Orchestra.  He has performed all over the world and has soloed on concertos of Vivaldi, Wieniawski, Beethoven, and Vieuxtemps with orchestras across the country.

Since forming their duo, “Fiddlers Two”, Zosia and Nic have soloed with numerous orchestras across the United States.  They have presented the standard duo violin repertoire, as well as expanded the genre by performing Nic’s own new arrangements for two violins.